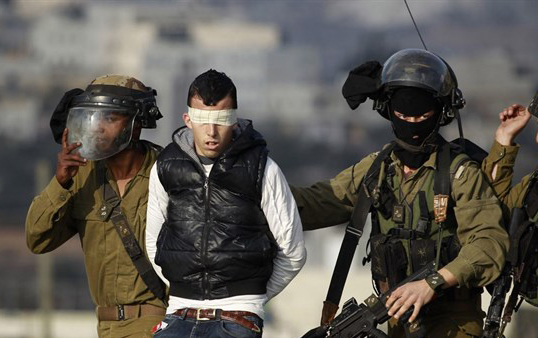 Israeli forces detained at least 15 Palestinians from across districts of the occupied West Bank, on predawn Monday.

One Palestinian was detained from the central West Bank district of Jerusalem; he was identified as Fouad Ali al-Khatib.

In the northern West Bank, Israeli forces detained two Palestinians from the Qalqiliya district; they were identified as Muhammad Sameh Affaneh and Abed al-Halim Basha.

According to prisoners rights group Addameer, there are 5,554 Palestinian prisoners being held in Israeli prisons.