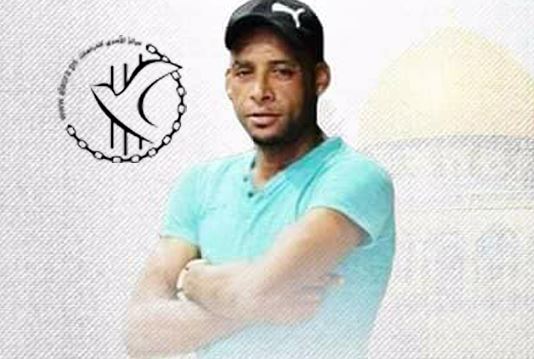 Late Wednesday night, Israeli authorities returned the body of Palestinian Yassin Omar al-Saradih, 33, who died in late February shortly after he was detained by Israeli forces in a pre dawn raid in the central occupied West Bank city of Jericho.

The Palestinian Prisoner’s Society (PPS) released a statement at the time of his death, saying that al-Saradih died after suffering from seizures and being exposed to severe amounts of tear gas after Israeli forces reportedly heavily fired tear gas in the area during the raid.

According to PPS, al-Saradi’s family along with other witnesses said that he was severely assaulted during his detention.

Issa Qaraqe, head of the Palestinian Committee of Prisoners’ Affairs, told Voice of Palestine radio on Thursday that the cause of al-Saradih’s death was from severe beating to the head.

Qaraqe described his death as “a crime, execution and premeditated murder at the hands of (Israeli) occupation forces, which reflect the level of brutality and terrorism of the soldiers.”