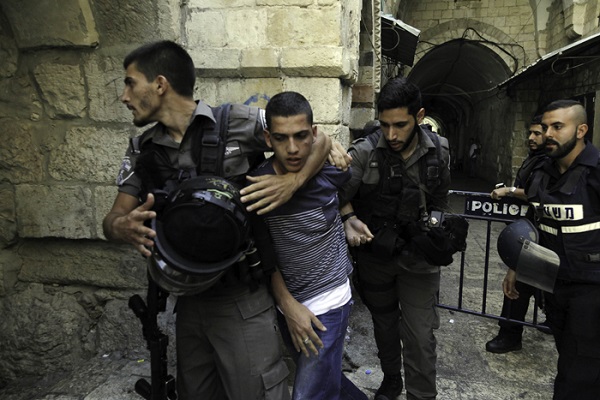 (Ma’an) -- Israeli forces raided the northern occupied West Bank village of Aqraba in the Nablus district before dawn on Monday, where they took measurements of the home of a slain Palestinian, seemingly in preparation for the punitive demolition of the home.

Local activist in Aqraba Youssif Deiriyeh told Ma’an that Israeli forces on Monday raided the home of 28-year-old Abd al-Rahman Bani Fadel, who was shot and killed on Sunday evening after he stabbed and killed an Israeli settler in the Old City of occupied East Jerusalem.

Israeli forces took measurements and pictures of Fadel’s home, seemingly in preparation for an impending punitive demolition of the father of three’s home.

Israeli Prime Minister Benjamin Netanyahu fast-tracked punitive home demolitions in an effort to “deter” attacks carried out by Palestinian individuals since a wave of unrest peaked in the occupied Palestinian territory in late 2015.

The move came despite past recommendations by an Israeli military committee that the practice did not deter attacks. B’Tselem has condemned the practice of punitive home demolitions and work permit confiscations as "court-sanctioned revenge" carried out on family members who have not committed crimes, amounting to collective punishment.