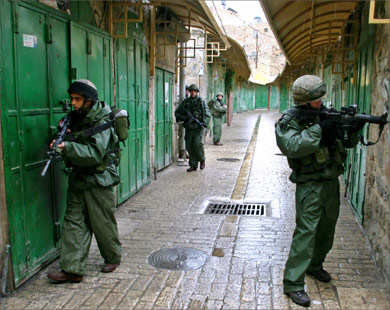 Three Palestinians were lightly injured and one was arrested Friday during clashes with Israeli soldiers east of Jerusalem, a local popular committee spokesman said.

Hani Halabiya told Ma'an that during protests in al-Eizariya and Abu Dis against "Israeli incursions into the Al-Aqsa Mosque," three young Palestinian men were hit by rubber-coated steel bullets in the lower extremities.

Israeli troops also detained a 28-year-old man in the area after pulling him over in his car, Halabiya said.

Additionally, Israeli forces stopped a Palestinian photojournalist who works for al-Quds newspaper and forced him to delete the photos he took of the clashes.