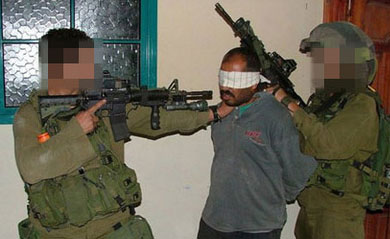 Ali Younis Jafar told  that Israeli troops raided al-Sawahira al-Sharqiya and ransacked the home of his brother, 34-year-old Adli Jafar, damaging the interior of his house before detaining him.

The soldiers arrived to the home at 1:00 a.m. while the Adli Jafar was at work in Ramallah, his brother said.

Adli Jafar was notified and then returned to his home to turn himself over to the soldiers, who took him to an unknown location.

An Israeli police spokesman did not answer calls seeking comment.