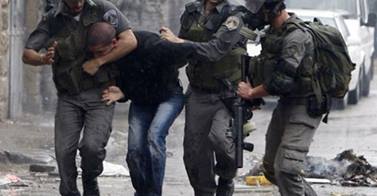 A Molotov cocktail was fired at an Israeli military patrol in eastern Hebron late Tuesday, a Ma'an reporter added.

An Israeli military spokeswoman said she only knew of one arrest made by the army in the Hebron district overnight, but said it was possible that the Israeli police arrested others.

She added that one Palestinian was arrested by the army in Jaba near Ramallah, one in Aida refugee camp near Bethlehem, one in Bethlehem, and two in Tubas.

An Israeli police spokesman did not answer calls seeking comment.