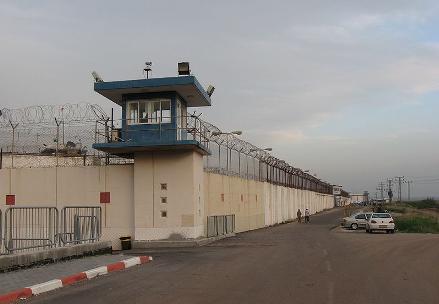 Israel has been secretly holding a suspected Al-Qaeda activist without trial for more than three years, legal documents showed on Monday after the suspect petitioned a court for his release.

According to court documents seen by AFP, the Israeli security establishment told the high court ahead of a Monday hearing it believed that Samer Al-Barq is "an activist in the global terror group Al-Qaeda, with extensive knowledge in non-conventional arms, especially biological weapons".

His petition to be released from administrative detention should be rejected by the court, since he would significantly boost the development of "global jihad" infrastructure in the region if freed, the documents said.

Under what Israel calls "administrative detention", suspects can be imprisoned without trial by order of a military court. Such orders can be renewed indefinitely for up to six months at a time.

"We petitioned the court because in three days the Israeli authorities will be renewing his administrative detention order," Barq's attorney Saleh Mahameed told AFP ahead of Monday's hearing.

Mahameed said his client's family originated in the northern West Bank village of Jayyus, while Barq himself was born in Kuwait 39 years ago, and studied microbiology in Pakistan in 1997.

According to the court documents, Barq received military training in Afghanistan in 1998, and in 2001 was recruited by Al-Qaeda and acquired "knowledge and experience" in non-conventional weaponry.

Barq was involved in planning attacks on Israeli and Jewish tourists in Jordan during 2001, and agreed to train Palestinians to manufacture poison to use against Israelis, the document said.

Israeli media reports have said that Barq had been arrested by US authorities and interrogated for three months at Guantanamo Bay in 2003, after which he was deported to Jordan.

In its response to Barq's petition, the state noted that he was imprisoned in Jordan between 2003-2008 for "terror activity" and involvement in an Al-Qaeda biological weapon project.

He was expelled from Jordan on July 11, 2010 and was arrested at the Allenby border crossing while trying to enter Israel, according to the court documents and the attorney.

"You can't hold a person without taking him to court for old charges the Jordanians and Americans have already investigated," Mahameed said.